Story in English for Kids | The Noisy Neighbours Story 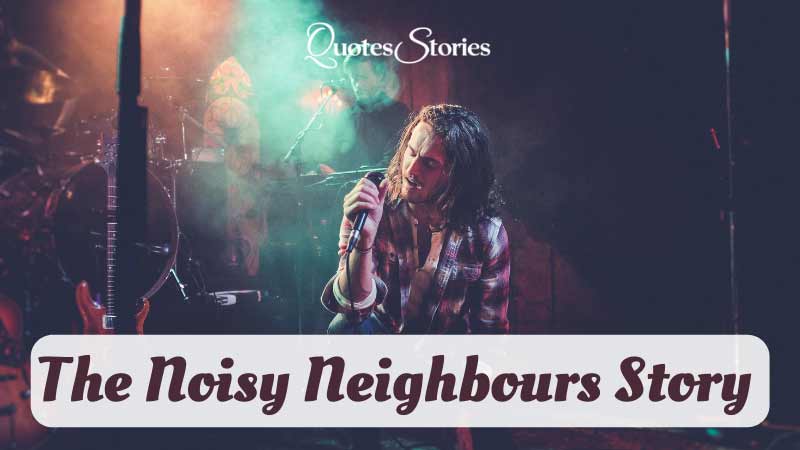 The story in English for Kids

Motubhai was a merchant. After earning a lot of money, he bought a big house. One afternoon, he lay down for a nap. He had barely closed his eyes, when suddenly he heard a strange sound. It sounded like a road engine. He went to the window and looked out. There was no engine in sight. Then, he realized that the sound was coming from the house next door. It was a gavaiya (musician) doing riyaz (singing practice)! “Oh, no!” said Motubhai who loved music. This man next door was singing in a loud and terrible voice. Luckily, the singing stopped.

Motubhai’s head was throbbing. He rubbed some balm and closed his eyes. Slowly he relaxed. A cool breeze cheered him up. He closed his eyes. But again, he woke up with a start. He thought somebody was pounding on his chest. When he opened his eyes, he found no one. The ear-shattering sound was coming from the house next door — this time on the other side of his house. It was a drummer beating his drum.

Motubhai realised that he was caught between two neighbors — one a gavaiya or a musician, and the other, a drummer!

He called on his neighbours in the evening and pleaded with them to practice their art somewhere far away. Both politely refused. They pointed out that Motubhai was a newcomer, and that he had no right to dictate terms.

Motubhai found out that both were living in rented houses. He once again requested them to look for some other house. Again, they refused.

As a last resort, Motubhai offered them ten thousand rupees each, if they agreed to move out of their houses. They demanded the money in advance, and Motubhai parted with money.

There was silence the next morning. Motubhai was relieved. He thought the money he paid was a small price to buy peace, which he valued so much. Then came a sound. It was faint at first, but soon it became louder — it was the sound of a beating drum! Then came the terrible sound of the gavaiya doing his riyaz.

1. Kids Moral Story | The Woodcutter and the Axe

2. The Princess and the Pea Story | Princess Story Bedtime